Black Friday 2019 was on Friday the 29th of November. However, many retailers started their sales early and extended them after Black Friday to Cyber Monday, which this year fell on the 2nd of December.

Black Friday is the day after Thanksgiving in the US, and has traditionally been a big shopping day in the States. The tradition of Black Friday sales only caught on in the UK recently, largely thanks to online retailers such as Amazon.

Black Friday has become incredibly important for retailers, many of whom spend the whole year preparing for the logistical challenges involved with operating sales and delivering orders.

Black Friday sales figures in the UK have been rising consistently each year up until now.

Amazon is the biggest online retailer in the UK and also the first place most people look for Black Friday and Cyber Monday deals. Amazon probably offers the largest choice of DAB and internet radios, including several budget-priced models that you can’t buy elsewhere.

Amazon’s Black Friday deals often feature price cuts to the Amazon Echo, which isn’t technically a radio but can be used as one.

Amazon’s Black Friday sale started at 00:01am on the 22nd of November and ran until 11:.59pm on 29th of November. This is a bit shorter than the sale last year, which lasted 10 days.

John Lewis are known for their good customer service and returns policies, so they are a good place to buy from during the Black Friday sales period.

John Lewis’s commitment to being “Never Knowingly Undersold” means that they will check their promotions against those of their competitors and reduce prices accordingly.

Currys is one of the UK’s largest electrical retailers, and they sell a large selection of DAB and internet radios.

They refer to their Black Friday and Cyber Monday sales period as the “Black Tag period”, and individual deals are referred to as “Black Tag” deals.

AO are best known as a seller of large home appliances, but they also sell a range of smaller electronics including digital radios and Hi-Fis. In 2019, they ran a “Cyber Week” with deals during an extended period.

Hughes is a family-run business with several electricals shops across East Anglia. The company also has an online store and delivers nationwide.

Richer Sounds is one of the UK’s best known and most respected specialist home audio and home cinema retailers. 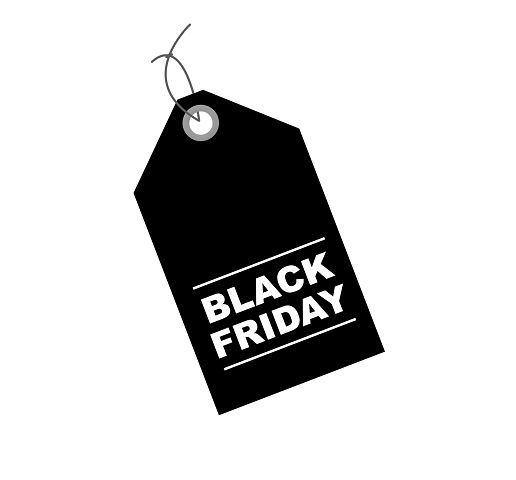 Black Friday in the UK is a bigger deal (pun intended) online than on the high street, but most major high street shops also offer deals. Visiting electronics shops and department stores is a good idea if you want to try a radio out and see exactly what it looks like before you buy it.

Some high street retailers such as Argos and John Lewis offer a click and collect service where you can buy or reserve an item online and then collect it in store, which can be more convenient than having it delivered.

How to Spot a Good Black Friday Deal

Since the Black Friday sales only run for a limited amount of time, there’s also the pressure to panic buy before the sale finishes. Here are some tips for getting a good deal:

If you want to know which DAB radios we recommend, see our roundup of the best DAB radios in the UK.