Many people believe that leaving the radio on while they are out of the house helps their dog with separation anxiety.

If you go out to work every day, you might worry about your dog getting lonely and feeling anxious while listening to the sounds of traffic, building work and other noises outside. Leaving the radio on could be a good way to keep your dog calm.

However, which station should you tune the radio to? Are there any radio stations specially for dogs? We’ll address these questions in this article.

Is There a Radio Station Specially for Dogs?

The only radio station we could find specially for dogs is All DOG Radio, which is an online radio station that plays a mixture of relaxing music and speech programming about dogs and dog ownership.

There currently aren’t any stations just for dogs broadcast on FM or DAB in the UK.

There are some very popular YouTube channels dedicated to long videos of relaxing music for pets, such as Relax My Dog:

You can also find playlists and albums on streaming services such as Spotify for helping dogs to relax.

Here are a few radio stations your dog may enjoy.

The study mentioned above found that while classical music has a calming effect, dogs actually preferred reggae and soft rock, so if there are any reggae or soft rock local radio stations in your area, they could be good choices. Alternatively, just put a Bob Marley CD on repeat! 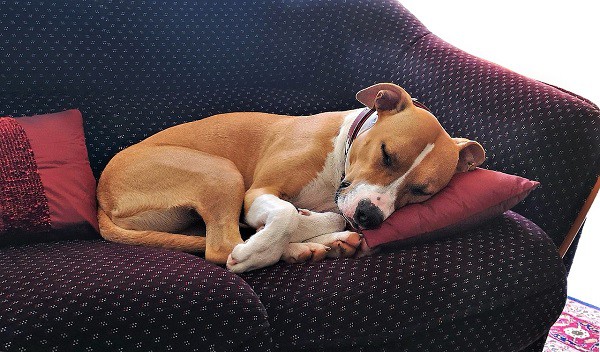 On Saturday 3 November 2018, Classic FM broadcast a special radio programme for dogs to coincide with firework displays. The show played soothing classical music with the goal of keeping dogs relaxed during the fireworks.

This was a one-off programme (that may be repeated in 2019) rather than an actual radio station.

In March 2014 a pop-up radio station called Hound Waves broadcast on FM for a day to raise awareness of lungworm in dogs. The station just broadcast for 24 hours rather than being a permanent fixture.

Does Leaving the Radio On Help Dogs?

It’s hard to tell if leaving the radio on helps dogs. It probably depends on the dog and the sort of noise environment they are used to. If you normally have the radio on while you’re at home, it may help to leave it on while you go out as this provide more continuity for your dog.

Dogs have a more finely attuned sense of hearing than humans. Their ears are more sensitive, which means that particular sounds can be more anxiety-provoking and stressful. Having the radio on while you’re out could be less stressful as it provides a more or less constant level of noise.