If you intend to take your DAB radio to Australia, the good news is that it will work, but only if it’s one of the newer models that has a DAB+ tuner as well as DAB.

Most DAB radios also have an FM tuner and occasionally pick up AM stations too, so you will be able to pick up analogue signals even if digital is not possible, as long as these continue to be broadcast. 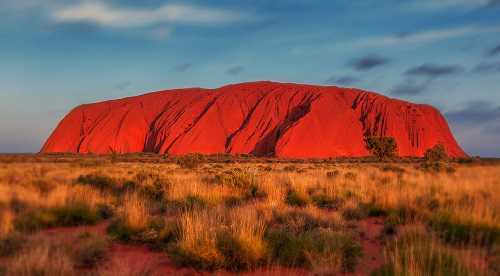 The roll-out of digital radio in Australia started in 2009 in five major cities: Sydney, Brisbane, Melbourne, Adelaide and Perth. Canberra and Darwin followed in 2017, with Hobart soon after and a further thirteen regional centres have been identified as markets for roll-out within the next five years.

The number of DAB radios had reached 3.8 million by the end of 2017, an increase of 24% over the year. Some 1.42 million of these are car radios, with 47% of new vehicles having digital radio. It is estimated that 28% of the radio audience listened to digital radio in 2017 and that proportion will continue to increase.

All the national, government-owned stations now provide digital broadcasts, as do many commercial stations that operate regionally, and there are some digital-only services.

The move to digital is likely to gather pace but with DAB+ as opposed to the inferior DAB service in the UK. Some of the later models of digital radio support DAB+ as well as DAB, and only these will receive digital broadcasts in Australia.

In Australia, digital radio (via DAB+) is available in the following metropolitan areas:

It may also be available in Canberra and Darwin, as the Australian Communications and Media Authority (ACMA) has been trialling digital radio in these areas for a few years.

The Australian site DigitalRadioPlus.com.au has a basic map of DAB+ coverage here.

Digital radio stations that broadcast nationally in Australia include the following:

Can You Listen to UK Radio in Australia?

Except for some BBC World Service programming which is broadcast on the Australian station SBS Radio 3, the only way to pick up UK radio stations in Australia is online.

You can listen to UK radio online using an app, a streaming service such as TuneIn, a radio station’s website or a standalone internet radio.

Can You Buy a Roberts Radio in Australia?

It’s hard to find a Roberts radio in Australia unless you’re prepared to have it shipped from the UK.

Some British brands such as Pure distribute digital radios to Australia, but it appears that Roberts don’t.

Your best bet may be to look on Ebay, or opt for a different brand.