If you’re planning a move to the USA or to have an extended trip there, you may be considering taking your DAB radio along with your other gadgets. Before you pack a DAB radio in your suitcase though, you should be aware that it won’t work, or at least not for digital radio reception.

It’s highly likely your DAB radio will also have an FM tuner and possibly AM as well. If so, these will work because US stations continue to broadcast in AM and FM. For digital, however, there’s a totally different system. 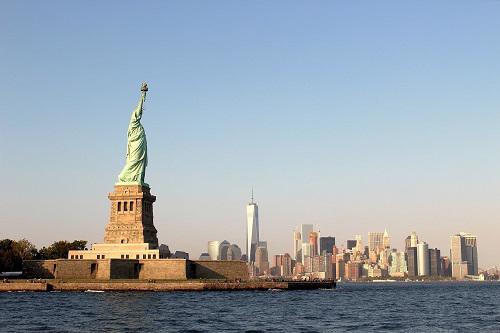 Digital Radio in the USA

American digital radio is commonly known as HD radio, although it’s officially titled NRSC-5. It’s the only digital radio system approved by the US Federal Communications Commission (FCC) and was developed by iBiquity as in-band on-channel (IBOC) digital radio technology that transmits a digital signal embedded alongside a channel’s analogue signal for FM and AM.

This system allows stations to simultaneously transmit programmes in digital and analogue. It does require a new radio to be purchased to receive it; these switch automatically when a digital signal is detected and can also switch back to analogue if the digital signal drops out, so there is no interruption to programmes.

Some people believe that HD radio is superior to DAB and has better sound quality since it uses a more advanced codec (MPEG-4 HE-AAC rather than MPEG-1 for DAB). However, since it and DAB are becoming established in the countries that use them, there is little chance of a change of direction and so a DAB radio will probably never receive digital broadcasts in the USA.

Can You Receive UK Stations?

Some AM and FM stations broadcast programming from the BBC World Service (see details here). Apart from that, the only way to pick up UK radio stations in the USA is online. You can do this with a standalone internet radio receiver, a smartphone app, or by streaming via a radio station’s website or a site like TuneIn.