The Petersfield-Go is a pocket digital radio that lets you listen to FM, DAB and DAB+ radio while you’re on the go. It’s made by budget radio brand Majority and is an update to the earlier Petersfield pocket radio the company released back in 2016.

At the time of writing, the Petersfield-Go is one of the most popular digital radios in the UK. Find out what it can do and how it performs in this review…. 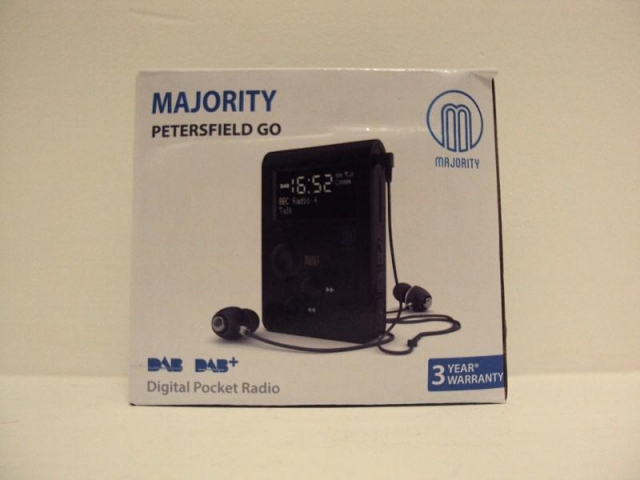 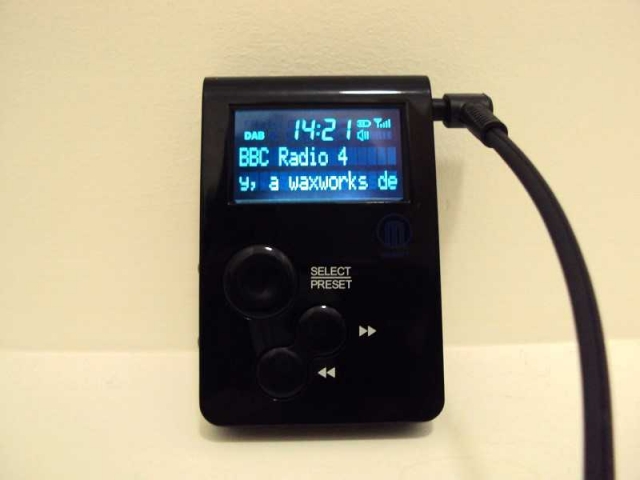 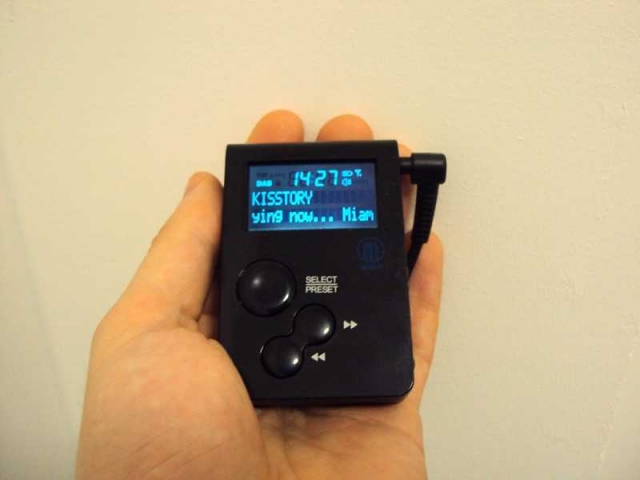 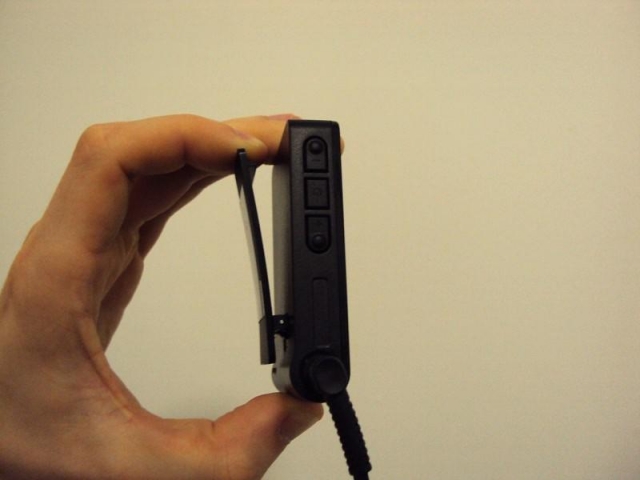 At just 7.9 cm high by 5.4 cm wide, the Petersfield-Go is very compact, which is a big plus if you’re going to be keeping it in your pocket. The earphones function as an aerial so you don’t need to worry about having a long aerial sticking out of your pocket!

The radio should arrive partially charged, though you might want to charge it for a bit before you use it the first time. Before turning the radio on for the first time, you should connect the earphones and position it near a window or even outside. This will allow it to pick up the greatest number of DAB stations possible, since the earphones work as an antenna and the DAB will be better near a window.

The stations the Petersfield-Go picks up will depend on where you use it. It automatically scans and saves all the stations it can find when you first turn it on. It receives FM, DAB and DAB+ stations, so if you live in a strong signal area you should have a large choice of stations to listen to. When we tested this radio, it picked up 69 DAB stations which is very good, though it will pick up less stations in rural and hilly areas.

Like most digital radios, the Petersfield-Go automatically sets the correct time and date via DAB radio, so you don’t need to manually enter this yourself.

Overall, the radio is very straightforward and easy to use.

Overall, the Petersfield-Go is very straightforward and easy to use. You can save and access presets with just two button presses, which is very easy. The instructions manual included clearly explains how to do this.

The radio has a clip-on clasp so you can easily walk around with it attached to your clothes. This is useful if you listen to the radio while walking, jogging or just pottering about the house. However, it feels a bit flimsy and is unlikely to last forever unless you’re very careful.

There’s also a key lock function which means you won’t accidentally change the station or volume if you knock the radio while moving around. Putting the radio in your pocket doesn’t seem to affect the signal, which is good.

The radio has a built-in rechargeable battery that you charge using a USB cable. Having a built-in battery is more convenient than having to replace the batteries frequently as you do with some pocket DAB radios. The manufacturer states that the battery will last for 10-12 hours, though in practice this is likely to be quite a bit less.

The sound quality will depend on the reception, the radio station you’re listening to and the earphones/headphones you use. The earphones included aren’t very high quality and feel cheaply made, so you might want to use a better pair.

You can use this radio to listen to digital radio in the car by connecting it to the car stereo via an aux cable. However, a better option might be to get a DAB car radio adapter.

The Petersfield-Go is much cheaper than pocket radios from more established brands such as Pure and Roberts. It doesn’t have particularly high build quality and you can’t expect it last forever, but overall the Petersfield-Go performs well for the price. It’s nice and small and features a pocket clip and a key lock function which make it very convenient for listening to while moving around.

Another popular pocket DAB radio at the moment is the AZATOM Pro Sports S1. The Pro Sports S1 has a similar price tag to the Petersfield-Go and has similar features except for the addition of a built-in speaker. The speaker makes the Pro Sports S1 a good choice if you don’t want to use headphones the whole time.

For some more options see our roundup of the best pocket DAB radios here.