Radio apps typically work by streaming radio via the internet. This uses data, so it can be expensive to listen to the radio on your phone unless you have an unlimited data plan.

This is one of the reasons why lots of people want to know if you can get a radio app that picks up AM and FM radio signals without using the internet.

Whether or not you can use a radio app without the internet depends on your radio’s hardware.

Your radio will need to have a built-in FM radio tuner. At the time of writing, there aren’t any phones on the market with an AM or DAB tuner (as far as we’re aware), so you will need to use FM. 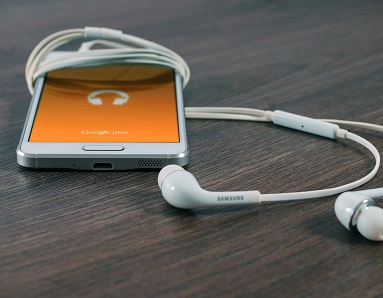 Many Android phones have a built-in FM tuner, but the operating system itself doesn’t offer a way to access it directly. This is a shame as it means many people have to waste their data allowance streaming radio via the internet.

However, you can sometimes unlock the FM radio tuner by using an app.

If your Android has an FM tuner and is compatible with the app, you might be able to use the NextRadio app to listen to the radio without using the internet, but only if this is already installed on your phone.

NextRadio has ceased operations and is no longer available to download on Play Store. If you already have this app on your phone, you can change some settings which may get it to work by following these instructions:

“In order to access this app, you need to select “other” for the country and then it will let you access the radio tuner. If you are unable to get into the app, first turn on aeroplane mode to disconnect your internet, launch the app and then select “other”. It will fail to connect to the server and allow access to the FM tuner and then you can turn your internet back on.”
[Comment on Play Store reviews of NextRadio]

At present, there isn’t an alternative that works as effectively in the same way NextRadio used to, but we’ll be updating this post as soon as we get wind of any FM apps for Android phones.

Older iPhones have an FM radio chip, but they can’t be activated. This means the only way you can listen to the radio on an iPhone is via the internet.

For some good ways to listen to the radio on the iPhone, see our list of the best radio apps.

1 thought on “Can You Use a Radio App Without the Internet?”